Ahead of Rishi Sunak and Liz Truss’s Sun debate, these are the question they must answer

BARRING a last-minute blunder – or stroke of good luck, depending on your viewpoint – Liz Truss is nailed on as Britain’s third Conservative woman Prime Minister.

If the mum of two stumbles, the prize goes to Rishi Sunak, our first Prime Minister of Indian heritage.

Either way, the result will blow a parping raspberry at the male, pale and stale leaders of the Labour/Lib Dem Opposition — to deafening silence from the diversity lobby.

Their tussle reaches a climax in three televised debates over the coming days.

Most important is tomorrow evening’s Sun challenge, broadcast live at 6pm on TalkTV.

This newspaper’s readers have been key to every General Election for 60 years. 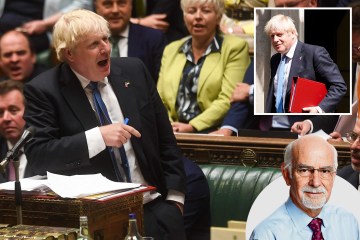 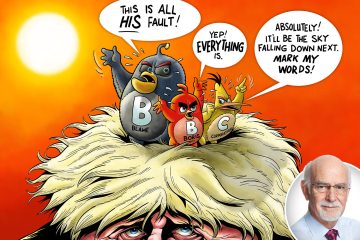 They are at the sharp end of Government decision-making, the strivers whose pay has not risen for ten years, whose kids go through bog-standard comprehensives and who rely on the rule of law against bullies and cheats.

They are the voters whose jobs and wages have been hammered by a decades-long flow of cheap foreign labour and chaotic economic U-turns.

After 12 years of centre-left Tory rule, they want to know why, even without the cost-of-living crisis, life has been harder, not easier, since David Cameron became PM in 2010.

They ask what happened to promises of post-Brexit prosperity in the 2019 election manifesto?

They are worried how tax cuts and public spending decisions will affect their lives.

Here are some of the key issues Liz and Rishi need to address tomorrow evening.

Illegal immigration has exploded under the Tories. This year alone, criminal gangs will risk the lives of 60,000 mostly single young men in small, crowded cross-Channel boats.

Rwanda, in central Africa, is prepared to take 200 of them. This is a stop-gap solution.

What about the tens of thousands already here, warehoused in hotels, with nowhere to go?

How will you stop people leaving France in the first place, or send them back after they arrive? Will you set a date for the long-overdue UK Bill of Rights to replace Tony Blair’s EU-style human rights laws?

Do you promise to quit the European Convention on Human Rights and deport bogus asylum seekers?

Will you refuse asylum to anyone who deliberately destroys their passport?

Organised crime gangs have turned swathes of our cities into drug-infested sinkholes.

Some operate as no-go areas for badly led, demoralised police.

Scotland Yard, our premier police service, is in “special measures”, under investigation by other forces, some of them equally incompetent.

Knife offences, rapes and burglaries have soared. Yet most cops fail to make a single arrest in an entire year.

Instead they are busy hunting down “non-crime hate incidents” or protecting eco-loons from hard-pressed commuters trying to earn a quid.

Isn’t this a betrayal of a government’s first duty: to protect its citizens?

Despite our many trade deals, Britain has failed to deliver the identifiable day-to-day benefits from voting Leave.

Why, as Chancellor and Foreign Secretary, have you not already set fire to EU regulations and shown the Brexit-voting majority it was worth the hassle?

Why do we allow French President Emmanuel Macron to hold the UK hostage over Northern Ireland?

Millions of British holiday-makers are stopped from crossing the English Channel.

Yet flotillas of illegal immigrants are taking a free ride in the other direction?

How will you persuade vindictive Macron to stop sulking over Brexit?

Why are we still waiting three years after Brexit to slash business taxes to the lowest in Europe and turn Britain into a trillion-dollar magnet for foreign investment?

When will we apply “sunset clauses” to all EU laws — including taxes — so they expire after two years unless MPs vote to keep them?

Both of you profess to be Thatcherites. If so, why not implement a reform she would support and raise the VAT threshold on small businesses, the backbone of the economy, from £80,000 to £250,000?

At a stroke, that would boost business, increase employment and turbocharge tax revenues.

Just one question. If the £200BILLION-a-year NHS is so wonderful, why are 40 per cent more people now paying out of their own pockets for lifesaving operations and medical tests?

When their child's doctor is 2,800 km away, Inuit families face tough choices

Previous articleWas the holiday hell at Channel ports down to French bloody-mindedness over Brexit or just incompetence?
Next articleNancy Dell’Olio’s effort turns MasterChef into Wallace and vomit