Now, just 14 months after boldly announcing an inaugural “gender neutral” prize, Brit Award bosses have been left with ovary-less egg on their faces.

Woke has eaten itself.

Following a huge backlash against the embarrassing all-male shortlist, now the Academy is reportedly considering a humiliating climbdown for 2024. 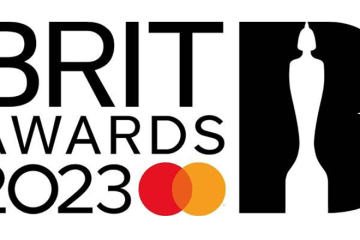 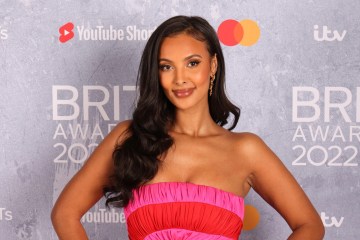 In short, this whole farce — which saw the likes of Harry Styles, George Ezra and ex-public schoolboy Fred Again nominated ahead of Florence Welch, Charli XCX and Becky Hill — has exposed this nonsense for what it is: A hypocritical, androcentric facade masquerading as political correctness.

This is a man’s world.

To pretend otherwise is deeply naive.

Women are under-represented, under-paid and over-sexed.

Would Beyonce, Kylie, Little Mix or Madonna have fared so well in a Lewis Capaldiesque baggy shirt and tracksuit combo?

Would Rita Ora or Dua Lipa have made their millions in a Liam Gallagher bucket hat and unplucked monobrows?

Just 12 of the 71 artists who released work eligible for the Artist Of The Year category were female.

According to a recent study on representation and equality in the music industry, only 2.8 per cent of producers are female, and from 2012 to 2021, 78.2 per cent of artists credited on the Billboard Hot 100 were men.

According to this year’s census, the number of people who said they were not the same gender as their birth sex amounted to 0.5 per cent of the population.

And yet, here we are, potentially disregarding almost 50 per cent of the population, for 0.5 per cent of it.

So why did Brits chiefs change the formula in the first place?

Because Sam Smith, darling of the Gen Z muso world, felt aggrieved that they, a non-binary person, wouldn’t be fairly represented at awards ceremonies.

The change was green-lit by a man (former Brits Committee Chair Tom March . . .  a man since replaced by another man, Damian Christian), alongside other chaps at the British Phonographic Industry.

REPRESENTATION AND DIVERSITY ARE VITAL

In other words, a culturally seismic decision was made by men on behalf of women. Cool.

In an interview over the weekend, even Sam acknowledged their frustration.

Asked about the lack of non-male artists in the best artist category, they said: “It is a shame.

“Things are moving forward, but it’s obvious it’s not there yet.

“From seeing that (best artist) list, there is still a long way to go.”

And who is hosting this year’s awards? Why, a man! Mo Gilligan.

And before that? Well, the roll call reads like a diversity horror story: Jack Whitehall, James Corden, Peter Kay . . .

Before I get thrown under the callous monster cancellation bus, I also want to emphasise how vital representation and diversity are.

Non-binary is a very real, and ever-growing, sector of society and everyone deserves recognition.

Last year, Adele scooped the gong (pointedly saying she loved being a woman as she made her speech).

Perhaps, then, it’s simply a case that us women, this year, weren’t as good as our male counterparts.

Maybe we should, ya know, pack it in and stop our whining.

But come February 11, when a man proudly goes on stage to collect his gong, he will hold up a statuette of Britannia — the helmeted, female personification of Great Britain.

For most of us, the irony won’t be lost.

REALITY TV, and therapy, have a lot to answer for.

Over-sharing is no longer the preserve of the nouveau riche and D-list famous.

First we had Prince Harry waxing lyrical about his frostbitten willy, being “spanked on the ass and treated like a young stallion” after losing his virginity and scrapping with William before falling on a dog bowl.

Now it’s the turn of another former Etonian to crack the misery memoir market.

With, by the sounds of it, a sledgehammer.

Ex-PM Boris Johnson is writing his own autobiography which publisher HarperCollins promises will be a “prime ministerial memoir like no other”.

With seven* children from three women, countless affairs, indiscretions, lockdown parties, rows and controversies, this promises to be quite the tome.

*At the last count

AS opening newspaper story paragraphs go, this takes some beating.

“Footie ace Jermain Defoe ditched a woman called Donna-Louise with a dog called Defoe before moving on to date wife Donna,” read The Sun on Sunday.

Once again doing little for the footballer PR cause, the former Spurs star has reportedly ditched Donna-Louise for undouble-barrelled wife Donna, who he is said to have dumped for influencer Alisha LeMay.

KING IS IN TUNE

KING Charles is rapidly proving himself a monarch for modern times.

His coronation will be a “reflection of modern, diverse Britain” featuring a choir of singers from refugee, LGBTQ+ and disability groups.

For the uninitiated this isn’t “woke”, this is understated compassion and common sense.

GOOD to see police maintaining rigid protocol in even the most ridiculous of circumstances.

Upon issuing Rishi Sunak with a fine for failing to wear his seatbelt during a cheesy social media clip, a Lancashire police spokesman refused to name and shame the PM.

Instead he earnestly declared: “After looking into this matter, we have today issued a 42-year-old man from London with a conditional offer of fixed penalty.”

WOULD you Adam and Eve it? The Church of England steadfastly refuses to move with the times.

Last week it said it wants to offer blessings to gay couples – but wouldn’t allow priests to marry them.

Is it any wonder fewer and fewer young people, the most liberal generation in history, have absolutely no desire to step foot inside an archaic church door?

One step forward, two steps back.

While across the rubber-dinghy’d pond, our French brethren are furiously marching les rues in protest (at the measly hike in proposed retirement from 62 to an equally whippersnappery 64), let’s hope us Brits are made of sterner stuff.

Thanks to the wonders of modern science, we are living longer.

Thanks to Botox, we are looking younger and younger.

We live in a free market society, one that encourages aspiration and enterprise.

By upping the age of retirement, we are reinforcing the fact that, no matter what age you are, there really is life left in the old dog yet.

GIRLS HAVE MY VOTE IN BRUNO BGT BATTLE

SORRY, lads, this isn’t the most men-friendly of columns.
And here I go again, off on another irritating womany rant.

But kudos to Amanda Holden and Alesha Dixon for refusing to sign new Britain’s Got Talent contracts after it emerged incoming judge, Bruno Tonioli, would be paid the same.

Between them, these women have 28 years on the BGT panel.

Why the hell should he ­– conveniently a (male) pal of head judge Simon Cowell – be paid the same when he is quantifiably less experienced?

And has absolutely no proven track record when it comes to passing critique on singers, comedians or magicians.

A man wouldn’t stand for it.

Nor should Amanda or Alesha.

Voice of the Mirror: '12 years of dismal Tory rule has left the country in dire straits'