THE pub. The corner shop. The chippy. Cornerstones of our communities.

We get why Boris Johnson insists on a 35 per cent tariff on the Russian fish on which our takeaways rely so heavily.

We must defend freedom via economic pressure on the Kremlin.

But that could also be the final straw for many chippies amid soaring costs.

We must source fish from elsewhere — Norway, for instance. 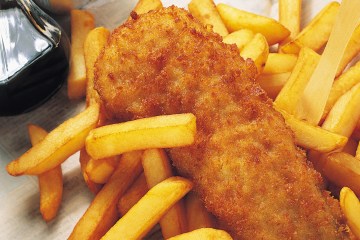 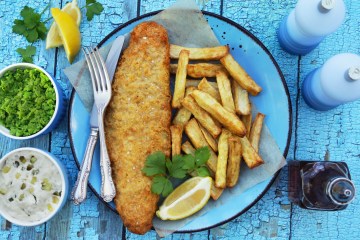 The Government should lower business rates and cut VAT and green levies from the shops’ energy bills. Communities MUST use their chippies . . . or risk losing them.

And the plaice just won’t be the same.

WHY would anyone believe a word Keir Starmer utters?

Labour announces it would never nationalise rail, water or energy.

Within hours Starmer U-turns on rail.

None of it means anything. It’s just this week’s pitch.

Starmer only has one real belief — that Tories are bad and wrong.

Leavers know the Remainer-in-chief cannot be trusted. The Left knows it too.

He betrayed every promise he sold them.

And voters suspect it.

After all, he told them an anti-Semitic extremist crank would make a great PM.

Now he claims he would never do a deal with the SNP or Lib-Dems to secure power. It’s drivel.

Starmer is desperate to be heard above the din of the Tory leadership race.

It simply reminds the public how woeful he is — and how beatable.

IN case anyone still doubted the border chaos was revenge by the Brexit-loathing French, they have handily spelled it out.

Only half their passport agents turned up to work at Dover last weekend, before languidly checking every detail.

Paris must know this tantrum is self-harming. Brits won’t volunteer for these queues for long. They will spend their holiday money anywhere but France.

For French politicians, though, even economic harm is a price worth paying to poke Brexit Britain in the eye.

GET ready for a nail-biting, historic clash.

Both sides have had an epic journey.

Can either hammer home a decisive winner tonight?

Or will they concede some disastrous own-goal?

Then, it’s the Lionesses v Sweden in the euros.