Choosing a PM should take time, but the Tories have rushed it

I HAVE the horrible feeling that what the Tories have been doing this past week or so is hurriedly writing their own death certificate.

Because, of the two candidates left for the party faithful to choose from as leader, I can’t see either setting anyone’s blood racing.

Apart, that is, from Sir Keir Starmer. He will be a very happy chap tonight. Maybe he’ll have a beer to celebrate.

It could have been worse for the Conservatives. Penny Mordaunt might have got through to the final.

I’m sure there are good things about Ms Morbid, but being a Conservative isn’t one of them.

She’s woker than a barn owl at midnight. And she had the cheek to complain when other candidates called her out on her previous statements about the transgender issue. 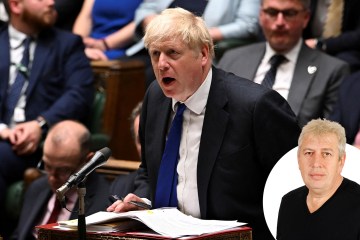 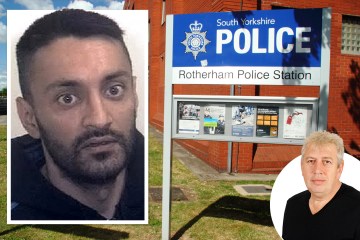 Because she had quickly changed her tune during the leadership race.

Her supporters insisted that the electorate don’t care about the “culture war”. Damien Green said they cared more about stuff like planning.

Wtf? You’ve got to be kidding.

People care very much about what irrational liberal rubbish their kids are taught in school.

And they don’t like the poisonous attacks upon our nation’s history.

But anyway — having looked as if she were going to win, Penny lost out to Liz Truss. So that’s one thing we’ve got to be grateful for.

Liz will now win the nomination because the Conservative Party members want someone from the Right to lead the party.

And despite being a former Lib Dem, Truss is certainly that.

But she’s not a hugely convincing speaker. And her economic policies seemed to make no sense whatsoever.

All of this spells trouble for the Tories at the next general election.

They have already lost a lot of votes from people who were appalled by the Partygate affair. But then they have possibly lost even more.

Those who voted for Boris Johnson last time around did so because they liked him. And are angry that the party chose to get rid of him.

So it’s a kind of lose-lose.

What’s more, when it comes to the famous red wall voters, they might not take kindly to Liz Truss or, for that matter, Rishi.

Those older, predominantly northern voters have no great problem with a “big state”.

They approve of investment in industry. They like spending on infra-structure.

Led by a loon

Their normal home is the Labour Party. And they were persuaded to vote Tory not because they liked the party, but because Boris Johnson promised “levelling-up”.

And because the Labour Party was led by a certifiable loon.

Labour is no longer led by a certifiable loon. It is led by the most boring man in the entire history of the world.

And that, for many voters, will be enough to tempt them back.

The problem is that this whole process has been rushed.

The act of choosing a Prime Minister should be a long and thoughtful procedure.

But this time they raced through it. We didn’t get a chance to know some of the candidates, such as the excellent Tom Tugendhat, or my choice — by a mile — Kemi Badenoch.

I’d like to be proved wrong, even though I don’t have much time for the Tories myself.

But I have the distinct suspicion that either Rishi or Liz will join that select, mournful bunch of politicians who have been Prime Minister, but have never won an election.

HEAT REALLY IS ON

THERE was a study recently that showed people prefer hearing lies to the truth, if the lies accord with their own views. Especially on the internet.

I thought about that when I saw half of Dagenham burning to the ground this week. And the temperature up where I live, in the cold frozen north, above 36 degrees.

On Facebook there were still numpties insisting that climate change was all made up by lefties. Or the Chinese.

They would be saying the same thing even if their red corduroy trousers spontaneously ignited in another freak heatwave. Even a sizzling scrotum wouldn’t make them ’fess up that they had got it very badly wrong.

Listen, I got tired of the Met Office and the Government warning us all to stay inside. That’s nanny-state nonsense.

And it’s true that the eco-warriors are annoying and that the climate change industry sometimes overstates the case. But there is no question whatsoever that climate change is happening, that it is man-made, and that we had better do something about it.

An inconvenient fact, I know. But a fact all the same.

SHOULD BE A BREEZE

HERE’S a question for the scientists among you.

During the worst of the heatwave on Tuesday, my bedroom recorded 96 degrees Fahrenheit – because I’d stupidly left the windows open.

So I closed them, and the door, and pulled the shutters across. Then I put a fan on. And the fan immediately cooled me down.

And this is my question – why did it? Given that my skin temperature would have been about 91 degrees Fahrenheit and the air being blown at it five degrees hotter? Shouldn’t it have made me even warmer?

WHAT a pleasure it is to see the number of Netflix subscribers fall off the edge of the cliff.

The company has lost almost one million subscribers. That should send a message to the bosses.

Make programmes we want to watch, instead of ticking your politically correct boxes.

Next to cop it, I hope, will be Disney.

These companies will all end up learning the hard way.

ANY government that sorts out direct debit shenanigans on the part of companies would probably get my vote.

It is outrageous and should surely be illegal that the energy companies are able to whack up our direct debits – sometimes threefold – without so much as a by your leave.

Similarly, those companies you sign up to on the internet.

They should all be forced to carry on their front page a box that you can click to terminate, immediately, your contract. Prominently displayed and with no questions asked.

It took me two years to extricate myself from one online service provider – with constant calls to head office plus threats to stalk their employees in a sinister clown outfit.

BRITAIN’S community of badgers will have been watching the Tory leadership race with interest.

And hoping that the winner might stop the Government’s utterly senseless slaughter of their species. An open letter has been sent to the Prime Minister signed by the likes of Chris Packham and naturalists Jane Goodall and Will Travers.

It demands an immediate end to the cull that has so far seen 177,000 badgers shot or gassed.

The economy may be wrecked, inflation sky-high, but the Tories can surely spare the time to do one decent thing.

Previous articleFalling enrollment: ‘A teachable moment’
Next articleHomelessness: ‘We have a housing crisis’