Energy, rail and water are in a state – so the state must run them instead

ANOTHER water company has said it will be introducing a hosepipe ban. It’s Thames Water this time.

That’s much of southern England under water rationing. In one of the wettest countries in the world.

Sure, it’s been dry recently. But we should still have more than enough water to cope.

The problem is the companies let our water leak all over the place. It’s been happening for decades but right now we lose 660MILLION gallons every day.

So that’s one big problem. Another, of course, is these whopping energy bills we’re all going to be facing very soon. More than £4,000 a year for the average home. An unbelievable amount.

The Government might bung us a couple of hundred quid to help. Or shove an increased windfall tax on the big companies. 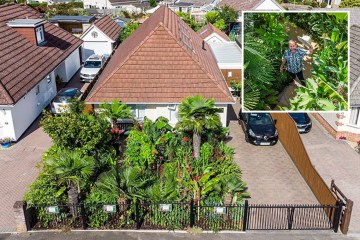 But that only makes the companies less attractive for investors. And reduces the amount of money they can spend on improving infrastructure.

So is there an answer to both of these problems?

Yup, sure is. But none of our major parties are in favour.

What we should do is nationalise the utilities — our water and power companies. And our rail companies as well, come to that.

Then the Government would be left to decide how high our energy bills should be this winter. And would be charged with investing in repairs to our ancient and leaky water pipes.

Nationalisation has had a bad reputation for a long time.

And for good reason in many cases. Nationalised industries can be hideously bureaucratic. They tend to be very poor at innovation. And they can end up costing the public too much money. Remember British Leyland?

That’s why, in general, I believe in the open market and private companies. But I also think there are a few areas of the economy which would be much better off in public hands.

RIGHT TO SPRAY WATER ON OUR PETUNIAS IS IMPORTANT

Something we all own together because these sectors are vital to the running of our country. Something where the wellbeing of our citizens, such as their right not to freeze to death this winter, and their right to spray a bit of water on their petunias, is more important than making a profit.

The opinion polls suggest the majority of the public agrees with me.

Nationalisation, especially of the energy and railway companies, is very popular. The public thinks, rightly, that such important stuff shouldn’t be left to the whim of international markets.

I find it incredible that Labour leader Sir Keir Starmer has effectively ruled out nationalisation. About the only party supporting it right now is my own, the Social Democratic Party.

If our energy companies were nationalised we could immediately lower the bills, drastically, for this coming winter.

And when energy prices fall, which they will, keep the prices at a level to pay for the hard times.

That makes a certain sense, no?

And if the Government doesn’t invest in repairing our water infrastructure, we’ll know who to blame and who to get rid of, won’t we?

I don’t want to go back to a time when car companies, even holiday companies, were owned by the state.

But a swift nationalisation of our utilities, just as we did with the banks in 2008, would ensure an awful lot of people have a more comfortable winter.

SO, RIP songwriter Lamont Dozier at the age of 81.

His death hasn’t claimed many headlines. Yet as part of the Holland-Dozier-Holland songwriting team, he wrote a staggering array of hits for Motown.

Even more than John Lennon and Paul McCartney, he was the sound of the Sixties (and much of the Seventies).

Baby Love and Where Did Our Love Go for The Supremes. How Sweet It Is for Marvin Gaye. I Can’t Help Myself and It’s The Same Old Song for the Four Tops. Heat Wave and Jimmy Mack for Martha & The Vandellas.

Oh, and countless, countless more . . .  You Can’t Hurry Love, You Keep Me Hanging On, This Old Heart of Mine.

Such extraordinary, timeless songs from the best record label the world’s ever seen.

Sleep easy, Lamont – and thank you so much for that glorious music.

I READ in The Sun that fire chiefs want to ban us from having barbecues.

They’re too much of a risk when everything is tinder dry in high summer. I suppose if they could, the fire service would ban fire.

Bet you in two months’ time they’ll be demanding a ban on fireworks.

Take a look at the Kenyan elections. Coming up fast on the rails is a man called George Wajackoyah.

George wants Kenya to revitalise its economy. First by growing vast amounts of marijuana. Second by exporting millions of hyena bollocks to China, where the madmen use them for medicine.

If you visit Kenya, look out for the hyenas.

They’ll be skulking around with worried expressions and wearing “Anyone But George” stickers.

THAT font of all wisdom, diver Tom Daley, has said that homophobia in Africa is a “legacy of colonialism”.

Because Ugandan president Yoweri Museveni thinks that homosexuality is a legacy of colonialism.

Either way, then, we Brits are, as ever, guilty.

LET US REPAIR TO BED

A SEX expert called Tracey Cox has been giving couples advice on how to rekindle their passions.

Role play is apparently the thing. Cox suggested pretending your missus is a virgin and you’re about to “deflower” her.

Stretching credulity a bit too far for me, frankly. But the general idea is good. I sometimes pretend to be a gas boiler repair and service engineer.

“I’m afraid your flow control valve is jammed, Madam. I’m going to have to get in there with my little ratchet. Soon have your therms flowing, love, don’t worry.”

AN OWN GOAL BY AUNTIE

AS part of its fiendish plan to annoy every last remaining licence payer, the BBC has decided to scrap the classified football results service.

It is one of the last things the Beeb do that almost everybody approved of – so of course they have scrapped it.

One of its pleasures was guessing the score of each game by announcer Charlotte Green’s intonation.

My guess is it’s been axed for reasons of political correctness. If you check the scores on the BBC’s football site you will see the problems they’re getting themselves into.

Not only do they have to give equal weight to the Scottish second division, they now have to work out where to fit in the various women’s leagues.

Where should they go in the classified check? Second? Tenth? I bet they wrangled over that for ages.

Anyway, it’s gone. Just like the BBC dropped Sue Barker from A Question Of Sport. And like they dropped Jeremy Clarkson. If the public like something, you can bet the BBC will axe it.

So pleased were the football club that they decided to name one of the stands after the company.

The west stand, as it happens. So they now have a Gilbert & Rose West Stand, which has raised one or two eyebrows among fans.

I assume they are upset that Fred has been written out of the equation.

The club has said it will “review the wording” – although there are currently no plans to alter the name of their popular Dennis Nilsen Burger Bar.