If these pervs hadn’t been made public, would ALL victims have got justice? As Home Sec proposes anonymity until charge

Yet they could have escaped the full punishments they deserved had they not been publicly named as suspects.

But this week Home Secretary Suella Braverman revealed she is considering a ban on naming criminal suspects in what critics have said could be construed as a rapist and paedophile charter.

In a bid to avoid what was called “trial by media”, the Government has been accused of ignoring the real issue surrounding sexual offences — the appalling conviction rate.

Just one in 100 rapes recorded by cops resulted in a charge in 2021, let alone conviction. NSPCC figures reveal that prosecutions for child sex abuse dropped by half from 2016/17 to 2020/21. 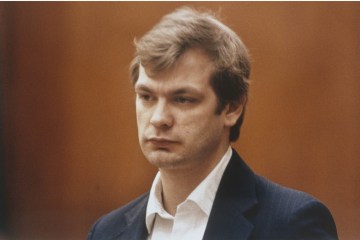 Andrea Simon, director of the End Violence Against Women Coalition, argued the move would “further stack the justice system against survivors”.

She said: “It is vital that we have a system of law, from police through to courts, which is open and transparent.

“There are almost no crime types where a defendant would be granted anonymity and we need to think hard about why an exception for sexual offences would be justifiable.

“In recent years, convictions have fallen to the lowest levels on record. Survivors are treated like the ones under investigation, rather than the perpetrators.

“Women have lost confidence in the justice system and, rather than work to ensure the system is even further stacked against survivors, we call on the Government to urgently address how this broken system is failing women.”

Mrs Braverman’s comments, at a Young Conservatives meeting, come after a series of high-profile cases in which famous men were wrongly accused of sex attacks.

Singer Sir Cliff Richard won £400,000 from the BBC after it filmed a police raid on his home in Berkshire in August 2014 following a false claim of sexual assault.

Cops took the word of fantasist Carl Beech, 54, who claimed he was the victim of a VIP paedophile ring — despite there being no witnesses.

The ex-NHS manager from Gloucester was later jailed for 18 years for perverting the course of justice.

A damning report into the police investigation showed that a simple check of his background would have thrown up a previous made-up allegation that he had been abused by DJ Jimmy Savile.

Campaigners now fear that a handful of deeply damaging false claims against a background of police blunders could change the culture of naming suspects.

But celebrity perverts, who hid behind their star power, were convicted or given longer sentences after they were named.

In 2014 The Sun was praised for naming Rolf Harris after he was arrested for sex abuse.

Our story gave more victims the courage to complain to police and he was caged for five years and nine months for 12 sex attacks on four girls.

A year later he was found guilty of another assault on a 13-year-old after she came forward.

He was named when arrested, to great outcry from his lawyers.

But Lancashire police confirmed that his name being made public led to other victims coming forward.

TV weatherman Fred Talbot, 72, who like Hall was arrested during Operation Yewtree, was jailed in 2015 for sexually assaulting two schoolboys.

The “Yewtree effect” led to reports of sex offences rising by 17 per cent in 2013, as victims saw justice unfold on TV.

Documentary-maker Louis Theroux compared Yewtree to the allegations made against movie producer Harvey Weinstein, which sparked the #MeToo movement.

A victim of disgraced publicist Max Clifford said she would never have come forward had he been given anonymity.

And glam rocker Gary Glitter was convicted of attacking two young girls in 2015 after he was exposed as a paedophile in Cambodia.

Dame Vera Baird, the outgoing Victim’s Commissioner for England and Wales, said suspects were already protected by law until they had been charged, while Claire Waxman, London’s Victims’ Commissioner is “strongly against” Mrs Braverman’s move.

Maggie Oliver, the ex-detective who blew the whistle on the Rochdale grooming scandal, said while she believes in not naming suspects until court, she wants Braverman to look at the bigger picture.

She added: “We need a change in the system so more people are convicted.”

‘It may let rapists escape’

A review in 2010 concluded that false reports of rape are very rare, and research by the CPS found that false allegations of sexual offences are no higher than for other crime.

Women fear they won’t be taken seriously when coming forward.

Anything that would make this process harder could risk deterring more survivors from getting justice.

Will the Year of the Rabbit finally bring us some peace in 2023?

News24.com | OPINION | COP27 explained by experts: what is it and why should I care?