Juicy, thrilling…I for one am sad that Coleen and Becky’s Wagatha trial is over

AND finally, the verdict we’ve all been waiting for!

The bizarre spectacle of the Wagatha Christie libel case between Rebekah Vardy and Coleen Rooney is officially over.

In the court of public opinion, it’s difficult to say if there is a real winner — but the judge sided with Coleen.

The High Court found that Coleen’s now infamous social media post accusing her rival of leaking stories about her private life to the Press was “substantially true”, and that Rebekah “knew of, condoned and was actively engaged” in leaks.

I imagine the vast majority of us are sad that it’s all over — although we potentially still have two documentaries and a dramatic adaptation of the case to look forward to.

Because boy, how we were all captivated by the trial, with all its juicy details. 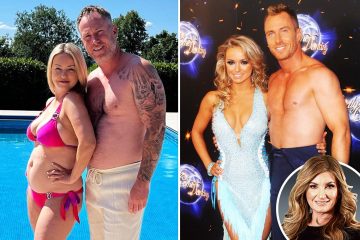 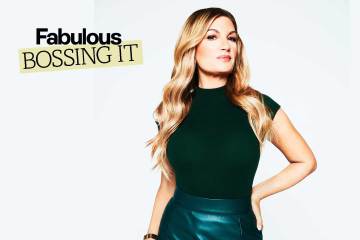 Who could forget how poor Peter Andre was dragged into the proceedings, when Coleen’s lawyer David Sherborne read from an interview in which Rebekah described him as having “a miniature chipolata”?

We were treated to anecdotes about Gemma Collins face-planting into ice and phones being tossed into the sea.

The trial became a public demonstration of what happens when people wash their dirty linen in public.

It covered everything from how close the Rooneys’ marriage came to falling apart when Wayne was caught drink-driving with a party girl, to a 2018 bust-up between Rebekah and the late Girls Aloud singer Sarah Harding.

Reports suggest that Rebekah and her husband Jamie are now facing a £3million legal bill — a staggering quarter of their reported £12million fortune.

Coleen said in a statement she was “pleased” the ruling went in her favour but argued that “the money could have been far better spent helping others”.

You can say that again.

Of course, these women are free to spend their fortunes as they want — but set against the backdrop of a cost-of-living crisis it all looks a little silly.

The staggering sum Rebekah is about to pay in legal fees could and should have been spent in a multitude of other ways that could have actually done some good in the world.

It also proves that there are no real winners in libel trials — just ask one Johnny Depp, who lost his High Court case two years ago.

In fact, the only ones who seem to benefit in all this are the lawyers, who have not only made a pretty penny out of this trial but boosted their profiles significantly too.

The whole saga began in October 2019 when Coleen — or “Wagatha Christie”, as she soon became known — very publicly accused Rebekah of leaking stories about her private life to the Press.

Blocking all but Rebekah on her private Instagram account, the mother-of-four posted fake stories to try to bait and identify the leaker.

When the stories began to appear in print, Coleen pounced.

“Now I know for certain which account/individual it’s come from,” she wrote on Twitter. “It’s . . .  Rebekah Vardy’s account.”

Instead of apologising, or laughing it off, Rebekah doubled down and took Coleen to court in what became one of the most high-profile cases of the year.

Public spats — especially those conducted on social media — never end well. All too often they reflect badly on both parties.

Thankfully there are some true female stars in the football world. So tune in to watch the Euros final and cheer on our Lionesses today.

Helen not to blame

COUNTRYFILE’S Helen Skelton admitted this week that she had fallen for a banking scam, losing a staggering £70,000.

The presenter said she was left feeling “really stupid” after receiving a “dodgy” phone call from her bank.

But she’s far from alone.

According to figures released by UK Finance, authorised push payment (APP) fraud soared in 2021, with losses up 39 per cent on 2020.

In total, more than £1.3billion was stolen through bank fraud and scams in 2021.

Every police force in the country has recorded a rise in fraud over the past year, with all but Cumbria experiencing a rise of more than ten per cent.

Yet only a fraction of police resources are devoted to fighting the crime.

So Helen is far from alone and she needn’t feel embarrassed. More must be done to curb this crime wave.

Garner has got one thing right

ACTRESS Jennifer Garner offered some sage advice this week.
When asked for beauty tips, the mum-of-two, 50, said: “We all look at our faces more than people used to, and it doesn’t do you any good.”

What a brilliant sentiment.

But it’s not just mirrors to blame. We are bombarded with unrealistic beauty expectations on social media. So we should all put down our phones too.

WHAT astonishing football the Lionesses have played in the run-up to today’s final against Germany.

They fully deserve their place in it. The last time these two teams met in a European cup final was in 2009, and there was an audience of 15,000.

Today the crowd will fill Wembley Stadium, which has a capacity of 90,000, and the match is likely to be the most-watched live TV event in the UK this year.

What more evidence are we waiting for that women’s football is every bit as absorbing, entertaining and brilliant as men’s? Yet it seems some people still need to be convinced.

I’ve noticed that plenty of people are still habitually dismissive of “women’s football”.

But Beth Mead and the rest of our girls have proved them all wrong.

We are lucky to have such an excellent team and I wish them all the best for tonight.

I WANT to send my condolences to Kate and Rio Ferdinand who have announced the loss of their unborn baby.

I want to say thank you to Kate, too, for her bravery in talking about it publicly. I had a miscarriage when I was in my twenties and it was a very sad and difficult time.

It was also intensely lonely, because even a couple of decades ago, miscarriage was not something women talked about.

It is estimated that one in eight pregnancies ends in miscarriage, and although things have changed a bit, it is still not something women feel they can talk about openly.

So the more that people in the public eye talk about it, the better.

IT goes without saying that one objective of any business is to make a profit, and I agree wholeheartedly with that.

But there is something morally wrong about British Gas owner Centrica announcing its profits are up five-fold to £1.34billion just as UK household energy bills are likely to rocket to £500 a month.

Many families are already on their knees and rising energy prices are set to create even more pain this winter.

Consumers are paying through the nose for energy and have no choice, while the firms supplying it are making record profits.

I appreciate that global prices are sky high, but unless some of these profits are used to reduce prices, then the Government must act.

It’s outrageous that they are allowed to get away with this at a time when families in the UK have no choice but to pay the price dictated to them by the supplier.

Christy and her crew look so good in genes

LOOKING at the photos of Nineties supermodel Christy Turlington contorting in yoga poses on the beach, I was struck by a couple of things.

Firstly, the 53-year-old appears to be in better and healthier shape than many women are in their twenties.

She looks radiant, happy – and much younger than she is.

But something else struck me as I looked at the photos of her with her mother, sisters and niece – all of whom look pretty glowing, healthy and happy too.

And that’s that while it’s really important to look after yourself, there really is no substitute for good genes.

I VERY much enjoyed a video of Prince Charles being asked to “go for a beer” with a member of the public in Birmingham this week.

The heir to the throne chuckl­ed in response to the cheeky invite, asking the chap: “Where?”

It’s great to see that some members of the Royal Family still have a good sense of humour.

Previous articleSir Keir Starmer could be the new Tony Blair if he stood up for ALL workers
Next articleAs Prime Minister, I will deliver for the British people so we can succeed like never before