When the Partygate saga was raging, he was never more than a few metres from a TV studio, gravely demanding resignations or police investigations.

Yet, when it comes to a cost-of-living crisis bringing real misery to millions, he’s been nowhere to be seen.

No leadership . . . no ideas . . . nothing at all. All we’ve heard from the official Labour Party is some brass-necked criticism of outgoing PM Boris Johnson for going on a belated honeymoon.

Instead, it’s been left to Gordon Brown to fill the role of leader of the Opposition — despite the fact he was booted out of No10 some 12 YEARS ago after chronically mishandling the economy.

The left-wing Guardian newspaper describes Sir Keir as being “on leave” — not the best look for a man who professes to be a Prime Minister-in-waiting. 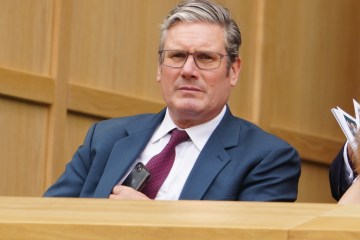 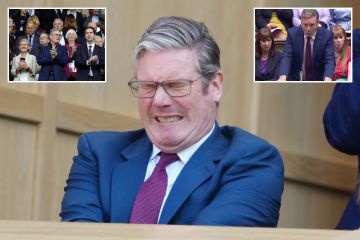 For his part, Mr Brown observes: “Time and tide wait for no one. Neither do crises.

There are rumours of a potential sighting of the Labour leader at an event later today.

The big danger for Sir Keir is that when he does finally switch off the “out of office” and return to work, what he has to say is so insipid that nobody notices.

YESTERDAY’S Downing Street summit with energy bosses delivered warm words and promises to work together in the interests of “national unity”.

But anybody hoping for concrete help with bills was left bitterly disappointed — with the PM insisting it must be a decision for his successor.

This despite the latest forecasts predicting the average family will soon have to pay a punishing £5,000 a year.

As we reveal today, options are being worked up for another emergency support package in the autumn.

The new PM will need to be ready to announce the details within days of taking office on September 6.

As for the energy firms who have banked obscene profits on the back of Putin’s illegal war, what’s their excuse for not offering a helping hand right now?

THANKS to the campaigning of Dame Deborah James, thousands more people are getting early checks for bowel cancer.

NHS figures show that in June there were 96,774 people waiting for the potentially life-saving tests — 9,000 higher than the same time last year.

As Bowel Cancer UK CEO Genevieve Edwards says: “The spotlight on bowel cancer has never been so bright.”

What an inspirational life Debs had. And what an amazing legacy.