TAX CUTS PAVE WAY TO NO10 FOR TRUSS

THE challenge now facing Rishi Sunak is all too clear from Liz Truss’s words today.

Writing for The Sun on Sunday, the Foreign Secretary’s comments will hit the right notes with the key Tory membership.

She vows that, as PM, she would cut the red tape that strangles businesses and ensure the police focus on fighting “real crime”.

She also promises to go to war with the woke brigade and raise defence spending.

All music to the ears of the Tory party members and not hugely different to Rishi Sunak’s own position.

But her most attractive pledge by far is to cut taxes and put cash back in our pockets. 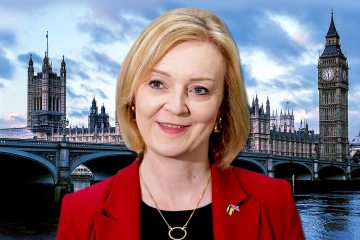 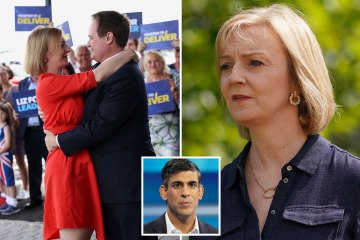 Tories should know, she argues, that the nation can’t tax its way to higher growth.

Whatever the merits of his economic thinking, the Tory grassroots isn’t comfortable with the fact that the former Chancellor was in charge of the Treasury as we hurtled towards the highest tax burden for 70 years.

Rishi had to deal with Covid and its economic aftermath and the ruinous impact of the war in Ukraine.

But it is little surprise that the gap between the rivals is growing, with polls suggesting Liz is almost out of reach.

Rishi has already performed a sharp change of course by announcing he would scrap VAT on household energy bills.

He seems unlikely to win over the party faithful, though, without going further still.

What could be a more mouth-watering prospect? Especially as our brave Lionesses — who have transformed our attitude towards women’s football forever — have a chance to go one better than the men did last year.

Whatever happens tonight we are almost certainly going to see the all-time attendance record for any Euro final broken.

More than half the tickets for this Euro tournament have been sold, double the attendance rate of previous women’s Euros. And 100,000 have gone to kids, a heartening sign for the future.

But as Culture Secretary Nadine Dorries says, more needs to be done.

But schools could encourage more girls to try the game. As we roar on the Lionesses this evening, we must ensure we build on their success.

Every girl should get the chance to copy their heroines on the pitch.

Canada to battle Finland for world junior gold on Saturday