Her Chancellor, Kwasi Kwarteng, stunned MPs and City money men with a big-spending emergency ­budget, sweeping away decades of dithering, stagnation and decline.

This was the dawn of a new age of Trussonomics and the end of 12 years of timid Tory rule. One senior Tory MP said: “It’s sh*t or bust.”

This will slash five per cent off inflation, cutting the cost of index-linked pensions, welfare and other compulsory government spending. 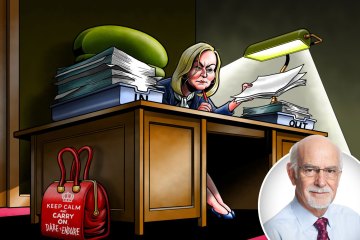 He axed duty hikes on booze, abolished IR35 penalties for the self- employed and changed benefit rules.

He ushered in dozens of enterprise zones and took a chainsaw to EU red tape, telling gaping Labour MPs after each announcement: “I have another.” It was the biggest tax ­revolution since 1988.

Labour wanted to know where the money was coming from.

They are now in the invidious position of having to say they will reverse Kwarteng’s actions.

Julian Jessop, of the Institute of Economic Affairs, called his shake-up “a risk worth taking”. He added: “There are no easy options.”

As Tory legend Margaret Thatcher would say: “There is no alternative.”

Previous articlePower moves: Efficiency and electrification are key to stop climate disruption
Next articleNews24.com | LETTER TO THE EDITOR | Xenophobia won't be quelled by data