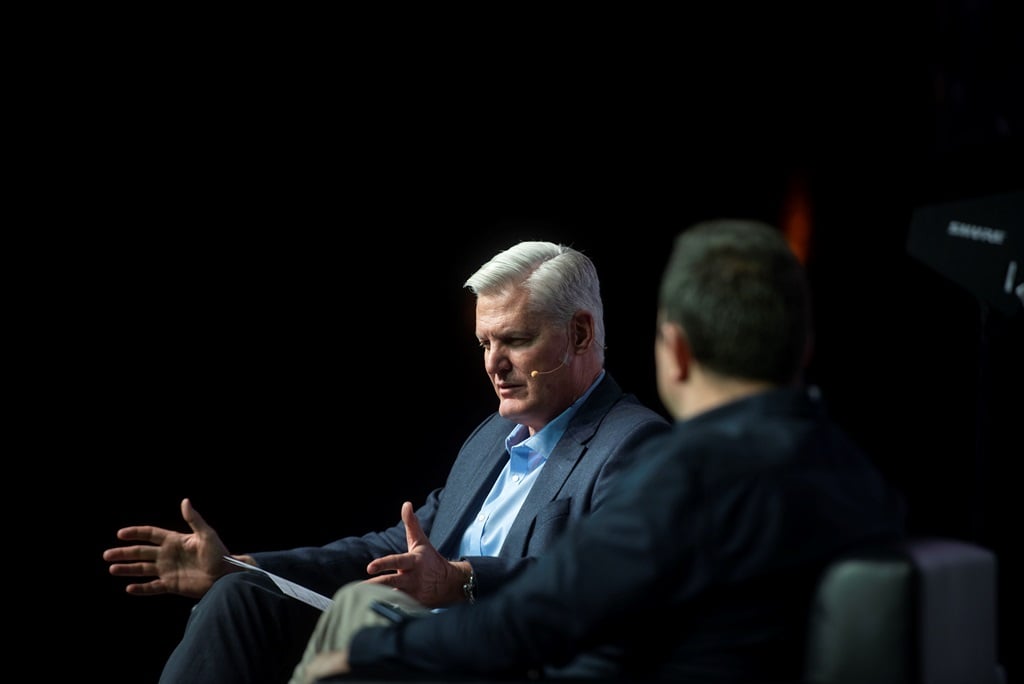 Eskom CEO André de Ruyter speaking at News24’s On the Record on 1 September.

With the structure of the nation’s demand changing and more renewable technology being added to the grid, additional storage in the form of batteries will be needed along with power that can be dispatched on demand, De Ruyter told a conference in Cape Town on Friday.

“Gas is the solution to that problem,” he said. Eskom has “a strong preference” for tapping local gas supplies, rather than exposing itself to the supply, price volatility and foreign currency fluctuation risks associated with imports, he said.

South Africa has been dogged by energy shortages since 2008 because Eskom can’t generate enough power from its poorly maintained coal-fired plants to meet supply.

While the government has doubled the amount of power it will buy from privately owned solar and wind plants as part of an emergency plan to end rolling blackouts, its energy blueprint also provides for additional electricity to be generated from fossil fuels. Community and environmental groups have fought against the latter projects from the earliest stages of development, winning cases to prevent exploration by oil and gas companies including Shell.

Eskom needs to rely on proven technologies in its planning and will soon approach the market to source gas for units used during times of peak demand that currently run on costly diesel fuel, according to De Ruyter. The company has also been in discussions with developers of gas discoveries made by TotalEnergies SE off South Africa’s southern coast about buying some of their output, he said.

Eskom, which has amassed R413 billion of debt and is running at a loss, is only interested in buying the gas, and doesn’t envision investing in pipelines or field development.

“We want to be a customer and nothing more,” De Ruyter said. While concerns have increasingly been raised that investment in gas infrastructure won’t be viable as the world transitions to net-zero emissions, “we don’t think there’s a risk of stranded assets,” he said.

In the meantime, Eskom is repurposing its coal-fired power plant Komati. Its last unit is due for decommissioning at the end of the month. But Eskom wants to install a 100MW solar plant on the site, and possibly 70MW of wind, Fin24 previously reported.

The fund its just energy transition, Eskom is in “exploratory discussions” with various funders to support the implementation plans.

According to Reuters De Ruyter said that Eskom may know by November what the outcome is on a R8.4 billion World Bank loan to fund the repurposing of Komati.

Is Partiful the Least Cringe Option to Get People to Your Event?