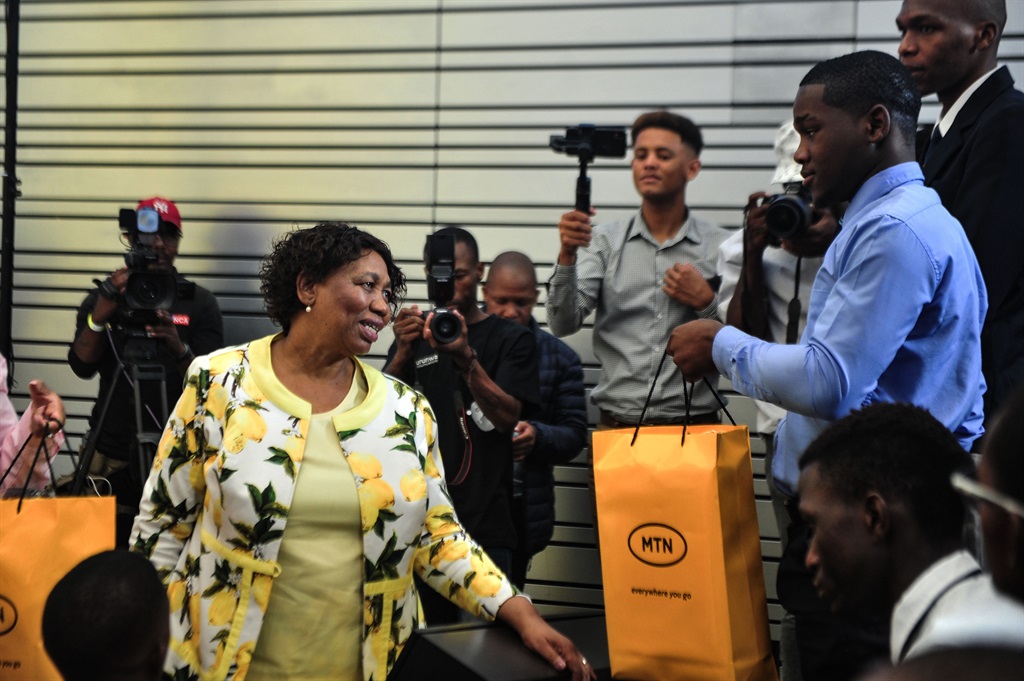 Basic Education Minister Angie Motshekga at the announcement of the matric results for 2022.

The problem with SA’s education system is not a lack of funding. The country spends around 6% of GDP on education which is comparable to other equivalent-sized economies. Paul Esterhuizen writes that the issue is that we have a quality problem.

The matric class of 2022 who wrote the National Senior Certificate exams achieved a pass rate of 80.1%, according to the Department of Basic Education. Given that the pass mark in some subjects is as low as 30%, this figure is nothing to celebrate, particularly as most school leavers will struggle to find employment even after passing matric.

The DA says the National Senior Certificate pass rate is misleading, arguing that the real matric pass rate – calculated by including the number of learners that dropped out prior to writing their final exams – is actually 54.6%.

Only 58% of learners, according to the DA’s calculations, reach grade 12. There is no question that the high dropout rate is exacerbating youth unemployment, which in the third quarter of 2022 reached 59.6%. Unemployed youth are defined as those not at school, not enrolled at a training or tertiary institution and are not employed.

Only 38.4% of matrics who wrote the 2022 National Senior Certificate matric exams achieved sufficient marks to be accepted to a bachelor’s degree compared to 89.32% of learners who wrote the Independent Examination Board (IEB) exams, highlighting the inherent inequality in outcomes in our education system. More than 98% of IEB learners passed the 2022 exams. The IEB consistently achieves a higher pass rate and more bachelor pass passes, highlighting just how unequal our education system is becoming.

Educational education is a myth

In an article published by Daily Maverick recently, Professor Omphemetse Sibanda wrote, “the notion of us being a meritocracy where everyone has a fair chance to succeed is almost non-existent in South Africa.” Calling equal education in South Africa a myth and wishful thinking, he predicts that “educational equality by socioeocomic background will persist at current levels throughout the next generation.” Sibanda says schooling needs to be reformed to address the current inequality and foster accountability.

One of the significant concerns is the poor pass rate in maths as a growing number of learners drop to the easier maths literacy. In 2018, 342,976 learners wrote maths literacy in the National Senior Certificate exams. That number grew to 460,708 in 2022.

READ | ANALYSIS: What was really behind the famous impossible trig question 5.1? How it all went wrong

One of the problems is a need for more quality teachers. In a global study ranking the maths and science abilities of grade five learners, just 37% had even a basic understanding of maths and only 28% had even a basic knowledge of science. These outcomes deteriorated even further by the time learners reached grade nine.

The problem is not a lack of funding. South Africa spends around 6% of GDP on education which is comparable to other equivalent-sized economies. Rather, we have a quality problem. Many teachers are not subject matter experts.

Not a sustainable solution

One study found that the majority of grade 3 teachers were unable to achieve even 50% in grade 6 maths assessments. When learners are not provided with the right academic foundations, it’s no surprise that they drop to maths literacy by matric.

More and more schools, perhaps motivated by the desire for better results from maths literacy than core maths, are encouraging learners to drop to maths literacy. This is not a sustainable solution to the challenge of declining educational outcomes.

In addition to addressing the high dropout rate, we need to relook our curriculum content to ensure that it is fit for purpose and equips learners with the necessary skills for the job market of the future. We need to upskill our teachers, train more teachers in the core STEM subjects of science, technology, engineering and maths and implement a culture of accountability in the education space. We need to invest in building more schools to address the problem of overcrowded classrooms and ensure an acceptable teacher-learner ratio. Vested interests and political ideology need to be put aside as we reform the entire education system so that each learner has an equal opportunity to succeed.

Opinions editor Vanessa Banton curates the best opinions and analysis of the week to give you a broader view on daily news happenings.

Kicking the can down the road while educational outcomes deteriorate even further does a great disservice to the youth of our country.

News24.com | CT City crash out of CAF Champions League after loss in Angola

What women need to know about breast cancer screening in Canada