News24.com | SA's URC pre-season starts: How has each franchise's business gone to date?

With a first fully-fledged pre-season underway again for the first time in almost three years, South Africa’s United Rugby Championship (URC) franchises will arguably be even more bullish about building on a promising platform from last season.

As a result, the teams’ spending for 2022/23 – to date – has been relatively measured, with the exception of the Sharks, who’ve made some statement signings to kick-start the Neil Powell era.

Almost appropriately, the differing circumstances of each team is vividly reflected in its recruitment.

SHARKS: Superstars for a Superstar brand 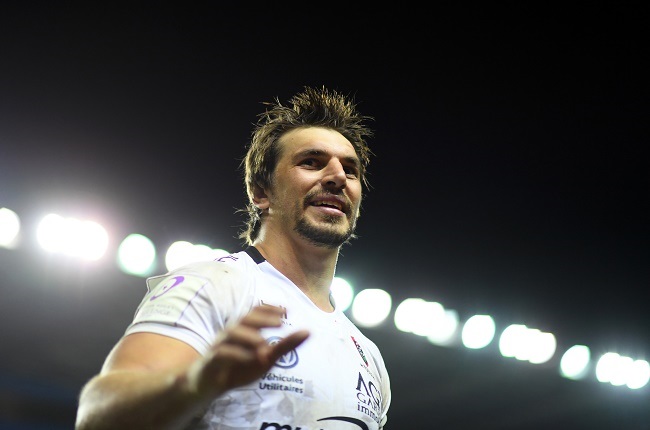 The Sharks was the first local team to fully embrace brand value at the start of the professional era in the 1990s, a tradition they’ve kept intact for decades.

Armed with an ambitious majority shareholder in MVM Holdings, the Durban-based franchise very clearly divided their recruitment  strategy – which has to take salary cap restrictions into account – into phases.

Siya Kolisi was always going to be a package deal given MVM’s association with Roc Nation and he was joined by Bongi Mbonambi in sprinkling Springbok pedigree over the group of forwards.

For the upcoming season, they’ve continued to follow that philosophy, though, in this context, they’ve identified key areas that need reinforcement.

Eben Etzebeth’s class is obvious while touring Bok Rohan Janse van Rensburg arguably provides the punch in midfield that went missing since the departure of Andre Esterhuizen and could be a decent yin to Lukhanyo Am’s yang.

Furthermore, they’ve addressed the lack of a brutish blindsider in the equally skilful Vince Tshituka and now have enough firepower at tighthead with Carlu Sadie.

Both men are players of national interest, so depth at King’s Park is now bordering on envious. The really interesting thing about the Bulls’ revival under Jake White is that for all the big-name signings they’ve made over the past two years – Marcell Coetzee, Johan Goosen, Bismarck du Plessis, Arno Botha, Lionel Mapoe – the real key to success has been development.

Gifted youngsters like Johan Grobbelaar, Elrigh Louw and Ruan Nortje have graduated to the Springbok squad, while homegrown if unfancied props in Gerhard Steenekamp, Simphiwe Matanzima and Mornay Smith have soared to such an extent that the Bulls didn’t dip significantly into their funds to replace Trevor Nyakane.

That trio of loose forwards aren’t household names, but they all possess the ability to become excellent exponents with effective tutelage.

Bok wing Sbu Nkosi is a brilliant capture to replace Madosh Tambwe, while many observers will hope the precocious Wandi Simelane thrives at Loftus.

Until they improve their financial situation, the Stormers will continue to have to recruit with one arm tied behind their collective back.

That reality has been good and bad for the franchise.

Limited funds have meant that they need to do their homework on their signings because they simply can’t afford one that’s underperforming.

As seen with Marvin Orie, Evan Roos, Manie Libbok, Hacjivah Dayimani and Deon Fourie, they got it right.

However, it also means that the depth they desperately need for the European Champions Cup might not come simply because the money isn’t there … for now.

Nonetheless, Joseph Dweba’s return to South Africa swells the Stormers’ collection of Boks and does come armed with newly acquired skills from France.

The flaky Clayton Blommetjies divides opinion, but he has significant PRO14 experience and could prove effective if the clarity that defined the Stormers’ title win remains in place. The Lions have been busy in a typically understated manner.

It’s important to note, however, that they haven’t been adding to their depth.

Instead, they’ve once again had to contend with an off-season period that’s seen them lose their first-choice centre pairing, blindside flanker and tighthead.

Marius Louw, reliable at the Sharks but not backed unequivocally, has the makings of being one of the best signings of the season, while Rynhardt Jonker is a versatile playmaker in the mould of Simelane.

Darrien Landsberg probably isn’t as powerfully explosive as Vince Tshituka, but he returns from the Pumas a far better player and excellent lineout technician.

Andries Coetzee and Ruan Smith’s experience might not see them get the nod automatically given the band of exciting youngsters at the Lions’ disposal, but at 32 they’re both still more than energetic enough to raise some competition internally.

This hummingbird failed to fly south for the winter, so it got a car ride instead