KEMI Badenoch is a huge loss to the Tory leadership race.

It isn’t just that she was a fresh face who energised the campaign.

It’s that we share her no-nonsense instincts on free speech, on Net Zero’s costs and on being honest with voters about our economy and the limits of what Governments can do.

Tory members agreed. They might well have made her PM. They knew Labour would struggle against her.

The final three must show their party, and country, that booting Kemi out wasn’t a giant mistake.

They must also end the abuse which has plagued the contest so far. 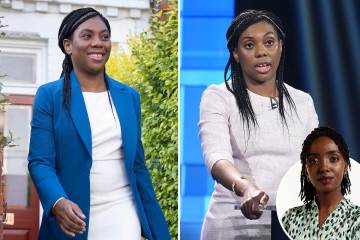 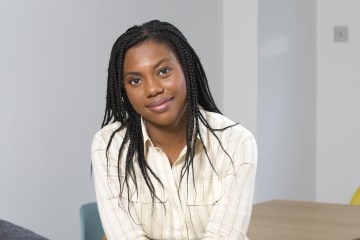 Most of all they must show they can beat Keir Starmer and deny him the chance to wreck Britain with a coalition of chaos.

Whoever wins must also know this:

They would be insane not to hand Kemi a top Cabinet job on Day One.

OUR hearts go out to those who have lost their homes to wildfires during two days of freakish and unprecedented heat.

For some communities this heatwave has been traumatic and terrifying.

For the vast majority of us it was merely uncomfortable. So it is depressing that so much of the workforce used it as an excuse to shut up shop — and that Britain thinks this is OK.

Millions were back “working” from home. Some schools randomly closed. Why? Others just toughed it out and taught their kids.
Much of the rail network and Tube shut.

Day after day of extreme heat warnings from the Met Office, amplified by the BBC, encouraged mainly public ­sector staff to stay at home — heeding the Covid-style advice to “only travel if absolutely essential”.

Being paid to do little or nothing during Covid lockdowns seems to have become normalised. What happened to soldiering on, as millions of others did?

A new PM must tackle this corrosive idleness, linked to our low growth.

Meanwhile we need a sober debate, free from the extremists’ juvenile panic, on how we inch towards Net Zero in decades to come without imposing monstrous costs and forcing families into hardship.

The department is failing. With Covid restrictions long in the past, the driving test backlog should be clear by now. But learners still wait up to six months.

Yet somehow five DVSA directors trousered up to £10,000 each for “good performance”, on top of lavish salaries.

What an insult to taxpayers.

If these unconscionable DVSA bungs are for success, what does failure look like?

How to live longer: Five seemingly 'healthy' habits that may lead to premature ageing