I HAVE no doubt that every parent in Britain has been empathising with the mum and dad of Archie Battersbee.

Their battle to prevent doctors from turning off the life-support machines that are keeping their beloved 12-year-old son alive has been heart-rending.

And which of us cannot sympathise fully with Archie’s mother Hollie’s pledge to fight for her son until the end?

But, devastatingly for them, their many legal attempts to persuade doctors to keep caring for Archie have come to an end.

This story is utterly tragic, including how Archie ended up in coma in the first place — his mum thinks he was attempting a TikTok “blackout” challenge that went horribly wrong.

One doctor’s view is that, “Archie has extremely severe brain damage, which is unsurvivable”. 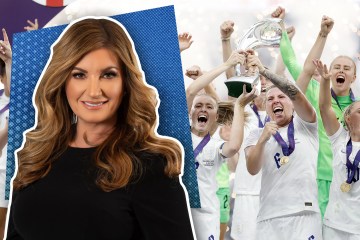 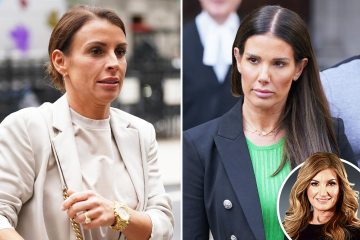 But, as we all know, hope springs eternal. And, for the time being, thanks to the machines that are breathing for Archie, he remains alive.

The idea that your beloved son who appears to be breathing, squeezing your hand and even crying — as Archie has done over the past few weeks — might then be “murdered”, as Hollie described it, is too much for any parent to bear.

Of course, all she wants is to keep her beloved son alive. That is a mother’s job, after all.

She must wish she could turn back time to before this horrible accident happened in the first place. Leaving Archie’s life support on seems like one way to buy time to do that.

And yet, multiple tests and doctors have all concluded the worst and, surely the grimmest part of any doctor’s job, they have told the parents that Archie is highly likely brain dead.

He cannot breathe without the support of a ventilator.

The judge, based on views from multiple specialists, has ruled that Archie will not recover.

In the meantime, no mother could have done more. Hollie has barely left his side for eight weeks, sleeping on a chair next to his hospital bed.

Clearly, she does not trust the doctors and does not feel they are acting in Archie’s best interests. This must be frustrating for everyone.

This story has been heartbreaking since the beginning. All of us, along with Archie’s family, have been hoping and praying for a miracle.

My heart goes out to Archie’s parents and family.

No parent will ever be able to willingly accept that their darling child has died.

I admire Hollie for the tenacious battle that she has fought on Archie’s behalf.

What a tremendous mother she is, and I wish her strength over the coming weeks and months.

TV will add a bit of joy

YES, there is a cost-of-living, energy and now water crisis.

Yes, we are heading towards a recession.

And yes, summer will soon be over.

But the slow drip feed of news about the contestants for the new series of Strictly – Kaye Adams has reportedly been signed up as well as presenter Richie Anderson, who will be part of an all-male partnership, and actors Kym Marsh and Will Mellor – is a reminder there is something to look forward to this autumn.

That and, ahem, The Apprentice, of course, really will give us all something to stay in for and be happy about.

I for one cannot wait.

In the newly emerged clip taken from an interview with a BBC journalist, Carr breaks into giggles in reaction to the fact that she spoke about the two schoolgirls in the past tense – when it was not yet known they were dead.

It is chilling, bearing in mind that former classroom assistant Carr was then found guilty of conspiring to pervert the course of justice with Huntley, who killed them on August 4, 2002.

The video clip was shot by BBC Look East in 2002 when the girls were still missing and Huntley had not been arrested.

In other words, after their reprehensible deed had been committed, but before they had been caught.

It’s hard to believe this was 20 years ago, as I remember it like it was yesterday.

The fact that this woman was laughing when she knew that those two young girls were already dead is obscene.

It’s hard to understand why she is still not in prison.

COPS SO BRUTAL ON OAP

COULD it really be true that police officers pepper-sprayed and tasered a one-legged 93-year-old man with dementia at a care home?

Sadly, and astonishingly, it is.

Donald Burgess died three weeks after police were called to the home in St Leonards-on-Sea, East Sussex, in June following a report that he had threatened staff with a knife. The police watchdog has launched an investigation.

Obviously, anyone wielding a knife needs to be taken very seriously, no matter how old, frail, and disabled.

But this surely has to be the ultimate case of a very misjudged sledgehammer to crack a nut.

WE have grown used to celebrities and influencers posting flawless Instagram images, so the new movement toward body positivity is a breath of fresh air.

I love it when people are brave enough to just be themselves.

And I love Selena Gomez for declaring on a recent TikTok story: “Real stomachs are coming the f*** back!”

The 30-year-old singer isn’t a size zero with a washboard tum but looks sensational in a swimsuit.

Let’s face it, most women are going to relate to the idea of “real” stomachs.

I also cannot help but link Selena’s liberated approach with the fact she says she hasn’t been on the internet in four and a half years.

Instead, Selena, who has more than 300million followers on Instagram, assists her team with curating her social media content.

She said: “It has changed my life completely. I am happier, I am more present. I connect more with people. It makes me feel normal.”

It would be good if, while we are at it, we normalised real faces and real boobs.

Will you be reading Boris Johnson's memoir?