One bonus of the microchip crisis: Teslas don’t start

WE all know that our heating bills this winter will be bigger than Venezuela’s national debt and that we will have to burn our furniture, and some of our elderly relatives, to stay warm.

And that by the middle of November we won’t even have enough left to buy a stamp.

As a result, the number of people currently thinking of buying a new car is about  . . . none.

This means that a quarter of all the cars on Britain’s roads are now more than 13 years old. And people are starting to suggest that such an ageing fleet will soon cause a rise in road deaths.

The thinking is that an old car with worn-out brakes and a service history that stopped in about 1956 is not going to be as safe as a modern car with collision avoidance technology and an ability to steer itself round prams. 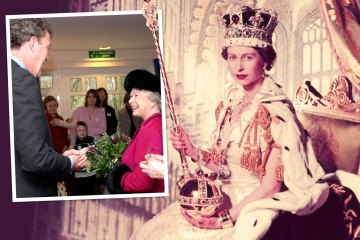 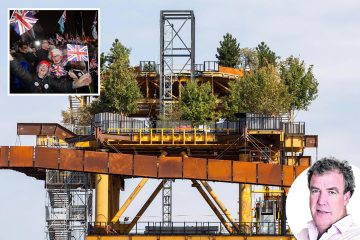 That’s true, but we are not talking about Ford Pops and Austin 1100s here.

My Range Rover is 15 years old, but I never think of it as being particularly decrepit or dangerous.

Today, a car has between 500 and 3,000 chips, which control almost everything from heating to braking.

And rather than stop the production lines until the effects of the pandemic end and chips become more widely available, car manufacturers are simply deleting systems that need them.

And now comes news that two factories that make the neon used in the production of chips are in Ukraine.

And are currently shut. So things are likely to get worse before they get better, which means that, in the coming months, more and more features will be deleted.

Soon, then, a new car will have a choke and a carburettor and drum brakes, and will be more dangerous and old fashioned than the 13-year-old rust bucket that you’re driving now.

It’s not all bad news, though, because electric cars use a vast amount of chips.

They even need them to operate the recharging systems.

Not that the Tesla enthusiasts are going to be able to do that when the power cuts start.

IN 2009, a Polish pop singer and underwear enthusiast called Doda, above, said in an interview that whoever wrote the Bible must have been drunk.

And after a lengthy court case, the judge said her remarks were deliberately offensive and ordered her to pay a fine of 1,000 euros (£880).

She was so annoyed by this that she took her case to the European Court of Human Rights, which said this week she was entitled to free speech and that the Polish government must give her 10,000 euros (£8,850) in compensation.

Pah. It’s got nothing to do with free speech.

The fact is that she was right. The authors of the Bible were almost certainly drunk.

Because how else do you come up with stories about a man who could walk on water and bring people back from the dead – but only when he wasn’t turning over Jews’ tables?

LOSE BUT NO CIGAR 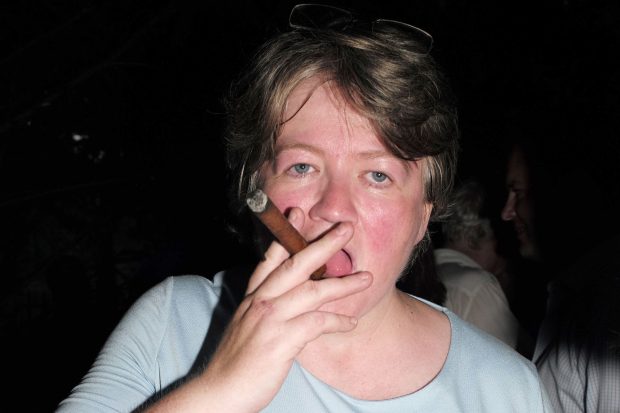 SOME time in the next week or so we will emerge from under the veil of sadness and realise that, while we weren’t paying attention, we got a new Prime Minister and a whole new Cabinet.

And that we don’t really know anything about any of them.

I’ll be honest, I have grave concerns about Ms Truss. She doesn’t seem to be very empathetic somehow. Even her eulogy to the Queen felt wooden, like she was reading out an essay in front of the class.

But I was rather taken by her new deputy, a lady called Therese Coffey.

She reminds me of The Two Fat ladies who used to host a cookery show on the BBC. No nonsense. Speaks as she finds. Likes a cigar.

She’s already told her staff to stop using woke speak and has demonstrated that she’s a stickler for good grammar by urging them to use commas properly.

Plus, as we discovered during a live radio interview, the alarm on her phone is Dr Dre’s hit Still D.R.E.

All in all, then, she sounds like exactly the sort of person who we like to have in charge.

Except I then discovered she’s anti-abortion. Which means that behind the tough, straight-talking exterior beats the heart of a mad woman.

IN the late Sixties, my mother made soft toys in the spare bedroom and decided one year she’d make a couple of bears which were dressed in hats, duffle coats and wellies.

She then gave them to my sister and I as Christmas presents. We got the first-ever Paddingtons.

Everyone said how wonderful they were and how well they’d sell.

And they were right.

To keep up with demand, my mum had to move out of the spare room and into a factory and, pretty soon, it felt like half the country had a Paddington Bear as well.

And now everyone is leaving them outside the gates of Buckingham Palace as a mark of respect for the Queen.

I just wish my mum had lived to see it. It would have made her so very happy.

EVER since I was a small boy I’ve known there was nothing quite so scary as Russia’s military.

We’d watch those seemingly endless military parades in Red Square and quiver with fear at the size and number of their missiles.

We’d hear stories of fantastic new fighter jets and amazing nuclear-powered submarines and every so often a serious-looking British Army person would tell us that they had 100 times more tanks than Nato did and that if they ever attacked, the whole of Europe would fall within two days.

Which is why none of us held out much hope for poor little Ukraine.

And yet here we are, six months down the line and Ukraine is staging a successful counterattack while Putin’s generals are so desperate they are touring Russia’s jails, offering prisoners a pardon if they sign up to fight.

My big worry is that Putin can’t be seen to lose. And if that even looks like it might happen, God knows what savagery he will rain down on the battlefield.

Someone needs to get him and Zelensky round a table very soon, before the snows of winter start, to thrash out a deal which neither side will like or want. But which is absolutely necessary.

A JAPANESE man who employs a team of what he calls “underwear scientists” has launched a range of lacy boxer shorts for men.

Apparently, they are designed to “glamourise the male part” and he said, they offer “amazing front comfort”.

Previous articleCalifornia’s news desert response a model Washington should follow
Next articlePatrinell Wright: ‘She made my life better’