IT beggars belief that a police watchdog should need to urge forces to investigate burglaries — but such is the pitiful state of law and order in modern Britain.

PC Plod of 2022 is all too happy to prance about in cringeworthy TikTok videos to ingratiate themselves with the public. But as for the burdensome chore of solving crimes? Not so keen.

The Sun has huge admiration for the rank-and-file coppers who go to work each day not knowing what they will face.

It’s the bosses who are the villains — infecting forces with woke orthodoxy and focusing on all the wrong things.

Some forces dispatch officers to as few as one in four burglaries. Yet those who have reversed this appalling abdication of duty have not only seen the number of arrests and crimes solved rocket. 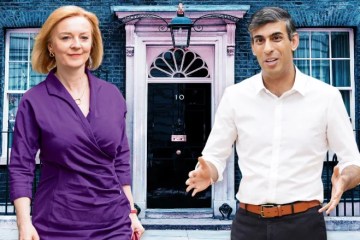 They have even halved the number of burglaries. Who would have thought it?

The topic of law and order has received scant attention in the Tory leadership debate so far, but as the cost-of-living vice tightens, crime may well rise.

Whoever wins out of Liz Truss and Rishi Sunak can’t afford to assume our PC police chiefs will address that problem without the thumbscrews being applied.

FOUR-YEAR-OLD Sahara Salman’s death in a gas explosion at her home is made even more tragic by its apparent needlessness.

Gas company SGN were contacted not only by Sahara’s family but also several neighbours concerned by the smell in the weeks leading up to Monday’s blast.

Yet the family was told there were no major issues after an engineer visited eight days prior to Sahara’s death, while a follow-up visit by a more senior engineer never materialised.

The firm says it is assisting an investigation into the blast’s cause. It must leave no stone unturned — and ensure any guilty parties are properly held to account.

THE imminent return to our shores of Aine Davis, one of the infamous “Beatles” Brit jihad group, is a sickening prospect.

Having rotted in a Turkish jail for seven years, Davis, aka Paul, is now being deported here, and could in theory be free to walk Britain’s streets.

If anyone is hoping he may be a reformed character, remember that even before Davis was seduced by a grotesque perversion of Islam, he stalked London’s streets as a gun-toting drug-dealer.

Of his fellow IS Beatles who tortured and beheaded innocent aid workers, contractors and journalists, “John” was killed in a drone strike, while “George” and “Ringo” are serving life in a US jail.

It’s hard to see why Davis deserves any better fate than his evil “bandmates”.

With endless train strikes and workers logging on from home, only place you’ll see a shirt and tie is on The Apprentice

Diabetes symptoms: 'Loss of sexual desire' can be a sign – may have 'sudden onset'

Previous articleAxios sells to Cox, but what does it mean for local news?
Next articleDavid McCullough: Champion of the American spirit